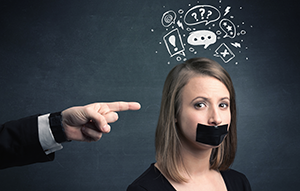 Abuse by anyone is traumatic – and abuse from a malignant narcissism can be crippling. Learning about NPD and recovery from narcissistic is an important step in healing. 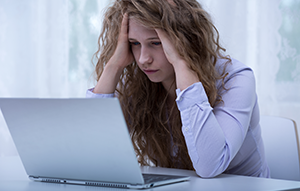 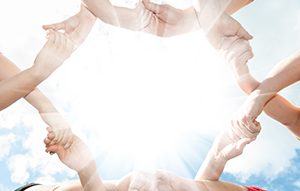 When you are suffering at the hands of a narcissistic or cyber abuser, you need to build a community of support. Counseling, legal aid, law enforcement and cyber support can help you when you're down.

Emotional and psychological abuse by a narcissist is traumatic – and abuse from a malignant narcissism can be crippling. Learning about NPD and recovery from narcissistic is an important step in healing.

The DSM-5 indicates that persons with NPD usually display some or all of the following symptoms, typically without the commensurate qualities or accomplishments:

The DSM-5 indicates that the traits manifested by the person must substantially differ from cultural norms, in order to qualify as symptoms of NPD.

Due to the nature of the disorder, people suffering from Narcissistic Personality Disorder seldom seek help for their disorder, although they may seek limited help for symptoms like depression. While only about 2% of the population is officially diagnosed, a 2004-2005 US government mental health survey of the general US population shows a prevalence of life-time NPD in 7.7 percent of men and 4.8 percent of women.

Narcissists use emotional and psychological abuse to obtain power and control over their source of narcissistic supply.

Because narcissists need an endless supply of admiration from others, they use emotional and psychological abuse to manipulate and control their target (typically a strong, compassionate partner).

They start by forming strong, but superficial bonds with the target then begin subtly pushing boundaries, escalating their manipulation over time.

Narcissist have a large arsenal of weapons they use to gain power and control over victims. Here are a few...

Grooming / Love-bombing – Narcissists groom their targets by making them think the relationship is special. They move fast to sweep you off your feet, pushing intimacy early to form a bond. They listen intently to you and mirror your likes and dislikes to appear to be your perfect partner.

Idealize & Devalue – Narcissist slowly break down your self-esteem through Jeckyll & Hyde behavior. They will love and praise you one minute and criticize and devalue you the next. Their constant insults will often appear as backwards compliments or will be followed by "just kidding."

Projection – In their eyes, a narcissist can do no wrong. They blame their actions on you and will accuse you of exhibiting the behavior they themselves exhibit.

Gaslighting – The more confused you are, the easier you are to control. Narcissist purposely make their victims think they are crazy through gas lighting – a devious technique they use to doubt your own perception and memory.

Isolation – Narcissists spend a lot of time manipulating their victims and don't like to share. They work hard to isolate victims from friends, family and other resources that would be an obstacle to their total control.

Threats, Silence and Smears – Narcissists will keep victims off balance alternating between silent treatment (accompanied by frowns another negative body language) and loud, very malicious threats. At the discard stage of the narcissistic cycle, abusers will smear their victims to friends, family, coworkers, in court and online.

Healing from long-term narcissistic abuse takes time. Victims often need to be treated for C-PTSD (or complex trauma disorder) and Narcissistic Abuse Syndrome for at least a year or two after the relationship is over.

Are you in crisis now?

Get help now. If you are in immediate danger, call 911 immediately.